Up to $12,000 is available to support employment growth in Victoria. 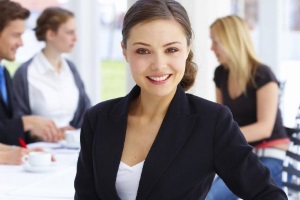 The Back to Work Scheme provides financial assistance to the non-Government sector to increase employment levels in Victoria. It is specifically designed to help get young unemployed, retrenched workers, out-of-trade apprentices, and people who have been looking for work for more than 12 months, back to work.

The Back to Work Scheme encourages and supports employment growth in Victoria by providing financial assistance to employers who hire eligible unemployed or retrenched workers.

The Back to Work Scheme, which is a capped two-year $100 million fund, will be further boosted with a significant increase to the payments to employers to assist with hiring and training of young unemployed and retrenched workers (up to $5000) and for the long term unemployed (up to $12,000).

Employers can also receive payments of up to $4,000 where they provide accredited training to the new employee. This will be in addition to any other payment received under the scheme.

A fixed one-off payment for each eligible employee employed in an eligible job is available as follows:

Employers that hire multiple ongoing eligible employees can be paid for each employee who meets the eligibility criteria. The names of employers receiving more than 100 payments will be made public.

To receive the Back to Work payment, eligibility criteria must be met by the employer and employee.

All Victorian businesses, including some interstate and overseas employers, who hire an eligible Victorian employee, are able to access the Scheme, providing they have a good workplace safety record. Government bodies are ineligible.

Employers hiring employees on a casual basis are not eligible. These are jobs without any guaranteed hours of work and/or which do not entitle the employee to paid sick leave or annual leave as per National Employment Standards.

People looking for work for 12 months or more

Must be unemployed and actively seeking work for at least 52 continuous weeks prior to starting their new eligible job. Someone in this category is eligible if they had a casual or part-time job of up to 10 hours per week during this period.

Must have been unemployed and actively looking for work for at least three continuous months prior to starting their new eligible job. Someone in this category is eligible if they had a casual or part-time job of up to 10 hours per week during this period.

They do not need to be unemployed for any set period before starting their new eligible job.

Qualifies immediately with no waiting period. An employer can make a claim immediately after employing an out-of-trade apprentice, from 1 July 2015.

An eligible employee must have been employed in an ongoing role for a continuous period of at least three months before a claim can be made, with the exception of an out-of-trade apprentice who qualifies immediately.

The Andrews Labor Government’s Back to Work Scheme has been a resounding success with the June quarter returning more than 10,000 claims for the hiring and training of eligible employees.

The $100 million scheme – which is now fully subscribed – will close on 18 July 2016, with almost 16,000 payments made to employers taking on disadvantaged jobs seekers since it was introduced in April 2015.

Since the Labor Government came to office in 2014, Victorian employment has increased by 120,000 people, with full-time employment up by 85,200 people during the same period.

The Back to Work Scheme was expanded last year to provide additional support to employers who hired disadvantaged job seekers.

It has since gathered extraordinary momentum, with accelerated hiring and training of apprentices, young unemployed, retrenched workers and the long-term unemployed.

$15 million will be set aside for dairy workers and automotive workers, who have been affected by the recent downturns in these industries.  These workers will continue to benefit from the scheme.

The scheme has also contributed $6 million to the establishment of four pilot interventions in areas of socio-economic disadvantage and workers in transition in Victoria, as well as $15 million to support disadvantaged workers through Jobs Victoria.

Victoria’s youth unemployment rate (12 month average) also continues to fall, and is now 2.0 per cent lower than 12 months ago.

Victoria has seen unemployment fall to 5.8 per cent which is significantly lower than the 6.6 per cent inherited from the Coalition Government.