Up to $50 M is available for Australian startups using data-driven algorithm to identify opportunities. 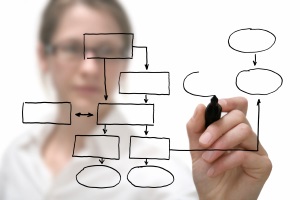 Claiming to have raised $200 million across offices in Sydney, San Francisco, China and Tel Aviv, one of Follow[the]Seed’s main backers is a fund-of-funds run by Atlas Advisors Australia, a manager 60 per cent-owned by former Macquarie Private Bank boss Guy Hedley. Two Chinese-Australians, Wenyan Zhuang and Hui Bao, are also major shareholders and it is understood allocations made under the Significant Investor Visa program feature strongly in Follow[the]Seed’s $50 million Australian fund.

Follow[the]Seed is promising to invest $50 million into Australian startups seeking to raise between $500,000 to $2 million in post-seed funding. The Sydney-headquartered fund, which also operates across San Francisco, Tel Aviv and Beijing, will be using its proprietary algorithm RavingFans to identify key investment opportunities.

Follow[the]Seed will write a $600,000 cheque for ClassCover, a hitherto bootstrapped start-up which runs a relief teacher booking and management platform for schools.

ClassCover was the first start-up being monitored by RavingFans to display habit-forming characteristics. Mr Shirben said its users described it in “emotional terms” in both social media interactions and in subsequent interviews conducted by the Follow[the]Seed team.

The $600,000 from Follow[the]Seed will underwrite ClassCover’s entry to the British school market, where Mr Carpenter said teaching agencies currently had total control of relief staffing.

He claimed one group of six schools already signed up to ClassCover in Britain had forecast savings of 100,000 British pounds in agency fees in their first year using the app, allowing them to pay relief teachers more.