Up to $500,000 is available from HSVPF to support health services facilities upgrade and make it safer for staff, patients and visitors. 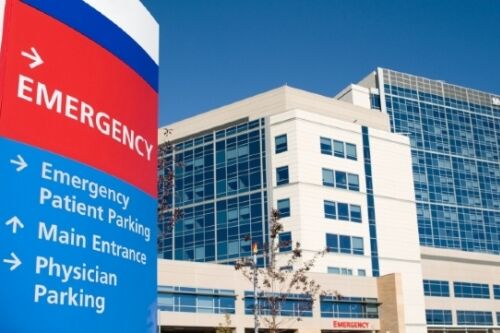 The Victorian Government has established the $20 million Health Service Violence Prevention Fund (HSVPF) as part of its commitment to addressing violence in healthcare settings and reducing violence against hospital staff.

The Victorian Department of Health & Human Services (the department) will oversee an annual grants process for four years from 2015-16 to 2018-19. $7 million will be allocated in 2017-18 for eligible acute health services, subacute and community health services auspiced by a health service, acute mental health facilities and Ambulance Victoria.

Notwithstanding the capacity to stage projects, funds will be made available as a one-off grant only, thus applicants should demonstrate that project viability is not dependent on continuing or recurrent State Government funding.

To assist public health services to identify, access and control high priority occupational violence hazards and risks in the workplace and remediate these risks with minor capital works / equipment targeted at improving safety of staff in workplaces.

Integral to the criteria is a clear description of the problem to be addressed and how the proposed works will meet the government’s objectives of improving staff safety and be evidence-based.

HSVPF Round 3 funding will prioritise those applications that demonstrate:

The following Victorian public health services will be able to apply to the HSVPF Round 3:

Capital works funded under this program may be available for property not owned or controlled by the State Government.

The Andrews Labor Government will double its investment in making hospitals and mental health services safer, as a powerful new campaign makes it clear that violence against healthcare workers is never OK.

The Labor Government will invest an extra $20 million in the Health Service Violence Prevention Fund, taking our total investment to $40 million.

The first two rounds have supported more than 60 health services and funded a range of projects such as installing alarms, CCTV, access control doors, lighting and security systems, redesigning waiting areas and trialling new equipment such as body worn cameras for paramedics and stab-proof vests for hospital security workers.

A third round of grants totalling $7 million is now open for applications.

In addition, the Government has announced that a range of public hospital emergency departments will establish  behavioural assessment rooms and existing rooms will be upgraded to meet new standards released today.

These rooms are purpose-built to better assess and manage aggressive emergency department patients who may place themselves, staff or others at risk of harm. The first five rooms will be built at University Hospital Geelong, Austin Hospital, Casey Hospital, Northern Hospital and Warrnambool Base hospital.

Security personnel at hospitals with emergency departments will also be boosted right across the state, and additional resources deployed to hotspots to better protect hospital staff and patients.

It is estimated that up to 95 per cent of healthcare workers have experienced physical attacks or verbal attacks while going about their critical work of caring for the sick and elderly, and saving lives.

The ad campaign will air from tomorrow and shows an aged care worker being verbally abused, a nurse being spat on and a paramedic being assaulted on the street. It delivers a blunt message that violence against our health care workers “is never OK”.

The campaign has been created by WorkSafe and the Department of Health and Human Services, following almost 12 months of research and development. It has been strongly supported by Ambulance Victoria, and key nurse, paramedic and other groups have been consulted.

It follows the release in 2015 of a report by the Victorian Auditor General’s Office which highlighted the level of abuse faced by healthcare workers and the need to improve community awareness of the trauma it caused.

The campaign will air on major TV networks and be supported with online, radio and billboard advertising. It will run until the end of July. For more details visit www.worksafe.vic.gov.au/itsneverok