The National Innovation Fund aims to fill the funding gap for mid-size companies. 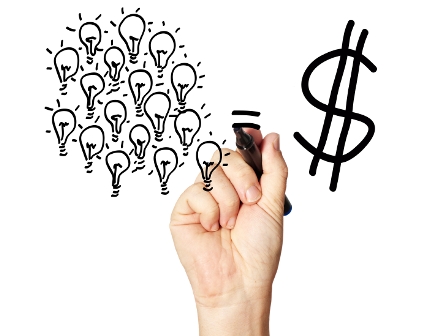 In an opinion piece in the Australian Financial Review Minister of Industry, Innovation and Science Greg Hunt argues “innovation is not just about tech startups or IT. It’s also about established businesses doing things better.”

Australia is now in its 26th year of uninterrupted economic growth against a background of major structural reforms and global shocks. However, our productivity performance has been lagging for almost a decade.

That’s why a key focus of the National Innovation and Science Agenda is on making Australian businesses more productive, so they can employ more people and pay their employees higher wages.

Innovation is a major driving force for productivity growth and is key to securing Australia’s long-term economic prosperity. It’s not just a buzzword.

Innovative entrepreneurs create opportunities for themselves and others. Between 2006 and 2011, Australian startups added 1.44 million full-time equivalent jobs to the economy.

But to be clear, innovation is not just about tech startups or IT. It’s also about established businesses doing things better to stay competitive in a changing environment.

It’s about turning ideas into commercial opportunities, and it applies equally to old and new businesses.

We see innovation happening on the factory floor, on our farms, at the supermarket checkout and in the office, in addition to the leading-edge research occurring in our science laboratories.

My first visit to a major firm in my new role was to Dulux – a 100-year-old business. Dulux is no ageing centenarian. It has a thriving research and development centre in Melbourne with over 60 scientists.

This is a firm that has invested in research which has led to more durable paints. And in the process, has created more manufacturing jobs, and more construction jobs with a $165 million manufacturing plant in Melbourne. Its share price has tripled in the past six years.

As a government, we are committed to creating opportunities for Australian businesses, like Dulux, to reach their full potential.

We want to get the settings right to encourage existing firms to grow and new firms to start, creating new opportunities and driving jobs and prosperity.

Over the past 10 years Australian government support for R&D has increased by 52 per cent – from over $6.6 billion to $10.1 billion.

The National Innovation and Science Agenda contains measures worth more than $1.1 billion.

On top of this, we have launched three key initiatives to encourage early-stage investment in innovative startups.

First, earlier this month I launched the Biomedical Translation Fund – a $500 million for-profit venture capital fund targeting investments in companies with projects at advanced preclinical and Phase I and Phase II stages of development.

These investments are expected to help solve the second “valley of death” funding problem which holds back the commercialisation effort of ground-breaking new medicines, therapies and medical devices.

These new measures include a 20 per cent tax offset based on the amount of their investment capped at $200,000 per investor and a 10-year capital gains tax exemption for investments held for 12 months or more.

Third, our early-stage venture capital partnerships, which also started on July 1, allow for a broader range of investment activities. They increase the fund size from $100 million to $200 million and provide a 10 per cent non-refundable tax offset on capital invested during the year.

Now, I’m focused on a second and third wave of the National Innovation and Science Agenda.

The venture capital sector has made it clear that there is a mid-level gap for commercialising technologies.

As companies grow from $20 million to $200 million in value, there is often real difficulty in finding investment capital.

In this context, the second wave of innovation involves exploring the value of a broader National Innovation Fund based on matching debt or equity, rather than grants, for this mid-stage commercialisation.

As a third wave of the Agenda, I also want to make it easier for business to interact with government and improve the business environment by tackling the burden of unnecessary regulation, particularly where there might be duplication across federal, state and local government levels.

I have already written to each of the states and territories offering to create single business entry points for government applications.

We’ve shown we’re a nation that can harness its ingenuity to create opportunity and prosperity.

Ultimately, if we create the right investment incentives and science infrastructure, and simplify doing business, we can continue to harness the ingenuity that led to our success in the past, for not just the next 25 years but for the next 100 years.

Greg Hunt is the federal Minister of Industry, Innovation and Science.