What is the R&D Tax Incentive?

The R&D tax incentive is a rebate you get for developing new products and services. It allows you to claim back up to 43.5% of the costs related to research and development.

How does the R&D tax incentive work?

You need to undertake eligible R&D activities that involves research and experimentation.

You also need to:

How do I claim R&D tax relief?

In order to claim the R&D tax incentive, you need to lodge an Activity Registration every year that describes your R&D work.

You will be asked to break down your R&D experiment into two key components:

Once you have registered your R&D with AusIndustry  you will then be able to include it in your R&D Tax Incentive Schedule 2022 – Editable Form and get an R&D tax offset. 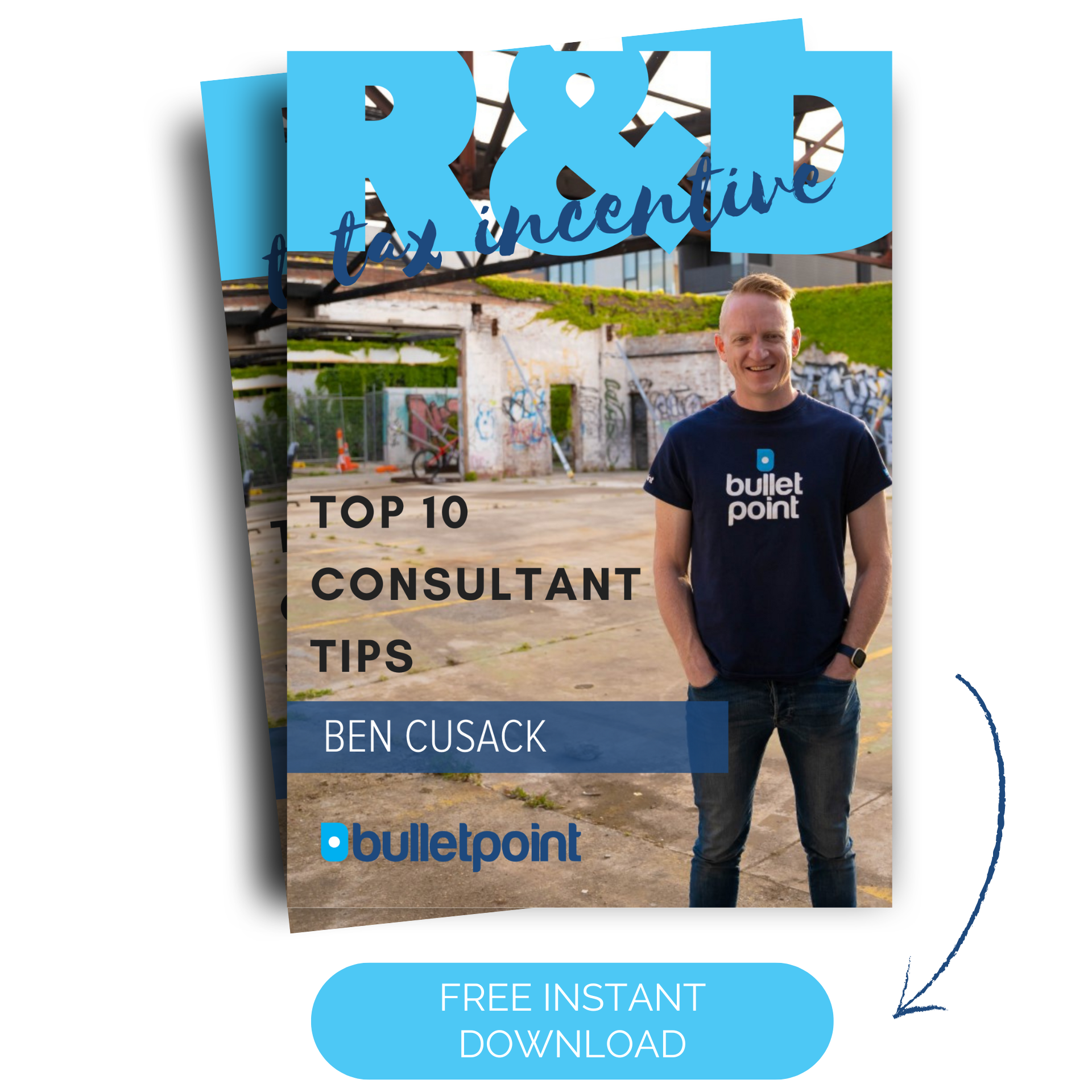 From July 2022 all R&D grant applications have been submitted using the new customer portal. 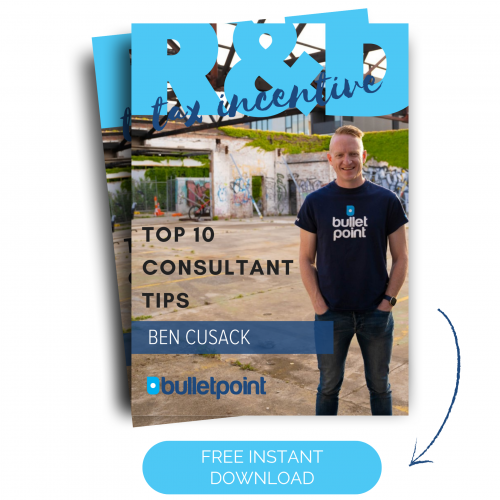 How is the R&D tax credit calculated?

If you are in profit, you are likely to get an R&D tax offset rather than cash back.

What qualifies as R&D?

To be eligible for the R and D tax incentive, you need to ask yourself if what you are doing can be considered innovative in your field:

How does the government define R&D?

This is how the government define research and development in the R&D tax incentive legislation:

“Core R&D activities are experimental activities whose outcome cannot be known or determined  in advance on the basis of current knowledge,  information or experience, but can only be determined by applying a systematic progression of work “

But, are you an expert?

The government want to know whether an expert could predict the outcome?So, if you know what you are doing, then the R&D Tax Offset could be a good grant to go for.

Speak to an R&D tax incentive consultant for more information of how R&D grants work.

What is an R&D company?

You can only claim the R&D grant if you have a company. Typically this is a Pty Ltd company. Entities that are excluded are, individuals, partnerships and sole traders.

What is the R&D tax credit?

What is the R&D tax offset?

The R&D tax offset occurs when the R&D rebate is offset against the tax that you owe. So, say you owe $100k in tax and your R&D rebate is worth $30k, then your tax payable reduces to $70k.

If you earn less than $20M and are in loss, then you will get a cash rebate.

How much is the R&D tax offset?

How much do you get back with R&D?

You get back between 18.5% and 43.5% depending on the available company losses

How do I qualify for R&D tax credit?

To qualify for R&D tax credit you must spend at least $20,000 on eligible R&D activties.

What is R7D tax incentive?

You have fat fingers.

What is an R&D grant?

An R&D grant is money you get back from the ATO for conducting eligible research and development activities. An R&D grant goes by many names including the R&D tax offset, R&D tax credit or R&D tax rebate. But they are all refer to the ATO R&D tax incentive.
This can be either in the form of cash back or a credit on the tax you need to pay.

The R&D tax offset is not taxable. It operates like a tax refund.

But, you need to check a few things with your accountant like:

Your accountant will be able to assist further with this, or send me an email.

How does the R&D tax incentive work?

The R&D tax incentive reduces company R&D costs by providing rebates on eligible R&D expenditure. For companies with revenue under $20M the rebate is 18.5% to 43.5%

What is the Australian R&D tax rebate?

The Australian R&D tax rebate for eligible R&D entities with aggregated turnover of less than $20 million is 18.5% above the company's tax rate.

What is eligible for R&D tax credits?

How much do you get back with R&D?

You will get back between 18.5% and 43.5% of your eligible R&D costs depending on company profitabilty. Check out the R&D tax calculator to confirm

What is the R&D Tax Incentive Application

It is a form used to register research and development activities for the R&D tax offset. Read more

Here is some additional information that might help you out with the R&D tax incentive:

5 August 2022 - R&D expenditure has dropped dramatically
Combined business and government expenditure on R&D as a proportion of Gross Domestic Product (GDP) has slumped to 1.79 per cent, compared with 2.2 per cent eight years ago and 2.4 per cent on average for the OECD.
Some countries such as Israel, Finland, Korea and Switzerland are increasing their R&D spend to four and even five per cent of GDP.

According to Roy Green, “Our innovation effort is also undirected in the sense that it lacks a coordinating focus, where national priorities are identified and monitored by evidence-based ‘foresight’ exercises.

Instead, the largest component of funding is the R&D Tax Incentive program, whose guidelines have become more opaque as demand continues to grow to the point where its claim on resources is unsustainable.

As part of this transition, you will notice some changes to the login process when accessing the R&D Tax Incentive Portal with your Digital Identity.

From 29 June 2022, the login button will display ‘Continue with Digital Identity’, replacing the current ‘Login with myGovID’ button.

The deadline for applying for an overseas finding is 30 June 2021 for companies with a July to June income year – there is no discretion to accept late applications. Companies must apply for an Advance Finding or an Advance Overseas Finding before the end of the income year in which the activities are conducted.

You will need to use the new ANZSRCR 2020 Field of Research (FoR) classification when applying for a Finding from 29 June 2022. For applications submitted before this date, you will still use the ANZsRC 2008 FoR codes when registering through the portal. However, when you come to register those activities covered by the Finding, you will be asked to select codes from the ANZSRC 2020 FoR. 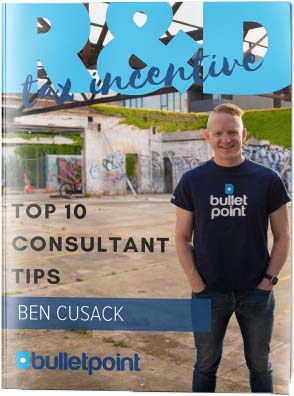 Strategic Elements received $471,000 tax refund from the Australian Government’s R&D Tax Incentive scheme  for the development and commercialisation of its potentially ground-breaking Energy Ink energy generating tech for use in wearable technologies.

Alterity has received a A$4.1 million cash refund from the Australian Taxation Office under the Australian Government’s R&D Tax Incentive Scheme, to further Alterity’s research and development activities, including the Phase 2 clinical trial for Alterity’s lead drug candidate ATH434 in Multiple System Atrophy (MSA) a Parkinsonian disorder with no approved therapy.

Bluechiip provides advanced sample management solutions across a wide range of applications. Their solution is the only one that provides sample temperature with ID in cryogenic environments.

Paradigm Biopharmaceuticals (PAR) has received an $8.2 million research and development (R&D) tax incentive refund to reinvest in further research and will continue to support its global phase three clinical program in osteoarthritis and mucopolysaccharidosis (MPS) which causes a progressive cognitive and motor decline through treatment with PPS.

Paradigm Biopharmaceuticals is a commercially focussed drug repurposing company. They take an existing approved drug, which has demonstrated safety in its approved indication/s and repurpose that drug in a new, patented therapeutic application addressing areas of high unmet medical need.

Orthocell receives a R&D Tax Incentive of $2.1 million for the 2020/2021 financial year to further develop its products for the repair of a variety of bone and soft tissue injuries.

Orthocell Ltd is a regenerative medicine company dedicated to the development of novel collagen medical devices and cellular therapies for the repair and regeneration of human tendons, bone, nerve and cartilage defects.

DroneShield has announced its receipt of a $2 million cash payment, awarded via a grant from the Australian government as an R&D Tax Incentive.

The grant, awarded for DroneShield’s work throughout 2021, represents the largest recorded government incentive since the company’s inception.

Oleg Vornik, DroneShield’s CEO, said the award is a reflection of the company’s continual growth in the counter-UAS space, both domestically and abroad.

DroneShield appreciates the substantial support it receives from the Australian government, through grants and export support for overseas sales, alongside of our current and under proposal contracts with the Australian Defence Force,” Vornik said.

“At over 40 engineers, DroneShield has grown to be an Australian-based global leader in the artificial intelligence, electronic warfare and adjacent technologies, which are becoming increasingly in demand in current uncertain times around the world.

“This record grant receipt reflects the unique R&D work that we do, here in Australia.”

Are you developing an app?

Want to chat about the R&D tax incentive?

You may find it useful to schedule a chat to ask any questions you may have like: 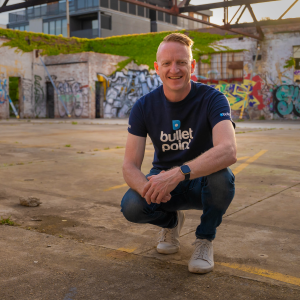 Drop your contact details in the form below and I'll call you right back.