Up to $200,000 is available under the Youth Crime Prevention Grants to help Young Victorians  who have come in contact with, or are at risk of involvement with, the justice system. 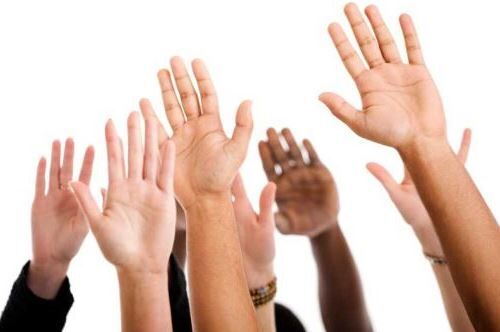 The Youth Crime Prevention Grants program is aimed at addressing offending behaviour and recidivism by young people aged between 10-24 years who have had contact with, or have a demonstrated risk of being involved with, the criminal justice system.

Overall, the number of young people committing crimes has been decreasing in Victoria over the last five years; however a small number of young offenders are responsible for an increasingly high number of recorded offences.

The Youth Crime Prevention Grants program is part of the Victorian Government’s response to youth offending, particularly recidivist offending, tackling the issue through the proven strategy of strengthening the ability of communities to intervene early and divert young people from criminal behaviour.

Projects funded through the Youth Crime Prevention Grants are expected to achieve a reduction in offending behaviour and recidivism among project participants by:

The projects are also expected to develop or consolidate strong, effective partnerships among community organisations and government agencies involved in the initiatives.

One-off grants of up to $200,000 to community partnerships to develop and implement evidenced-based youth crime prevention strategies in areas of high crime and disadvantage.

The program will provide one-off funding for the development and implementation of crime prevention partnership projects in areas with evidence of high rates of crime and disadvantage. To enhance the sustainability of projects over the funding period, grants are generally expected to have a minimum value of $100,000 to a maximum of $200,000.  While a mandatory minimum co-contribution is not set for the program, proposals are expected to include other financial and in-kind support. This reflects the program’s emphasis on partnership approaches.

Projects must be completed within two years of funding and be able to deliver crime prevention benefits which last beyond the life of the project. Funded projects may include, but are not limited to:

Applications that demonstrate a strong multi-agency approach will be prioritised for funding. One consortia partner will however be required to submit the application and act as the ‘lead agency’, with this partner administering the project funding agreement. The following organisations are eligible to act as lead agency:

Non-compliance with previous department or other Victorian Government funding agreements may affect an applicant’s ability to access funding through this grants program.  This may include organisations with outstanding financial reports for previously funded grants, or who have had previous issues managing projects within agreed timeframes.

As a part of the Government’s record investment, the Youth Crime Prevention Grants help local communities tackle the underlying causes of youth crime and repeat offending for young people aged between 10 and 24.

A total of $5.6 million has been provided to eight priority communities with higher crime rates and higher proportions of recidivist young offenders, including Ballarat, Casey, Frankston, Geelong, Greater Dandenong, Hume, Latrobe and Wyndham.

These community-led projects include coaching and mentoring, employment and education opportunities for young people, and are run in partnership with councils, service providers, not-for-profit groups and police.

A further $2 million in grants has been awarded to 10 projects in other communities following a competitive application process run earlier this year.

The Labor Government has also funded 42 additional police Youth Resource Officers to work in local communities and divert young people from a life of crime.

An additional $1.5 million has also been provided to projects that empower and re-engage Koori young people through a range of early intervention, prevention and diversion programs, including camps, sporting activities, workshops and education.

A full list of the youth crime prevention projects can be found at www.crimeprevention.vic.gov.au